I created a self-driving car in Unity engine using genetic algorithm. You can see the results:

I took up this project after being inspired by these videos:

To implement this the first step was to learn what a neural network is and how does it work.

After spending a lot of time on youtube and kaggle, I got a fair idea of what a neural network is. I think the best tutorial of a neural network similar to the one used in the project is here. Even if you are not familiar with neural networks, I’ll give you a quick intro needed for this project.

Now, I will explain the architecture of the neural network used in this project. 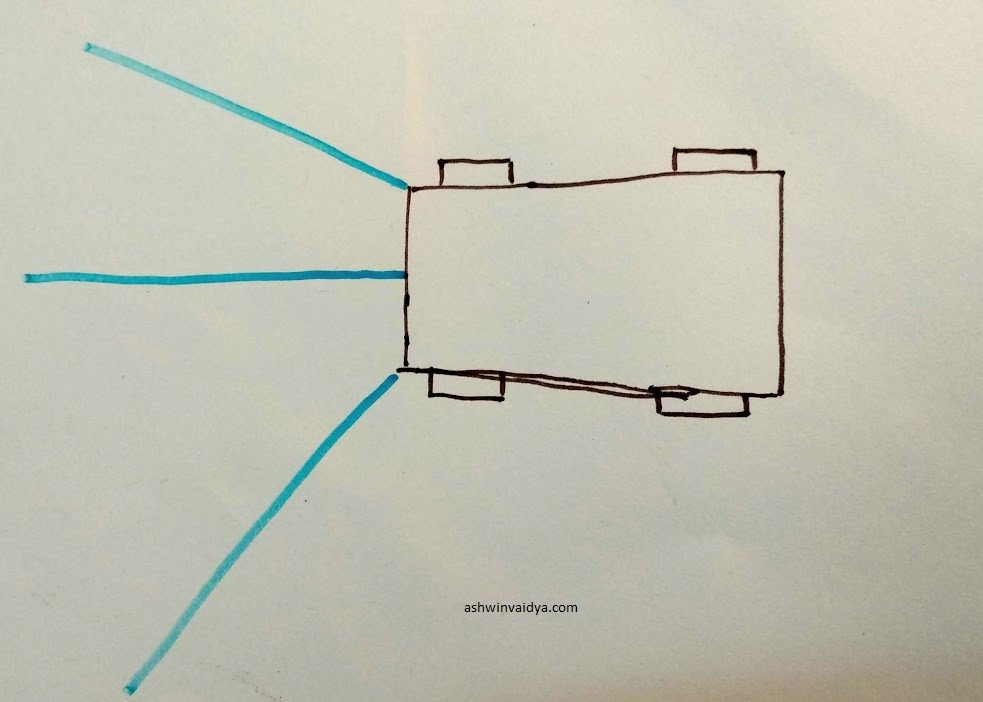 The took the speed as the car used in the project was provided with the standard assets of Unity. When the move function is called, it keeps increasing the speed till it reaches the max speed. This change is speed could affect the decision taken when approaching a turn.

For the hidden layer, I thought 5 neurons would do the job. This was more of an arbitrary choice. I didn’t tweak this layer to see whether it affects the performance.

The output layer was a pretty easy decision. I needed the network to predict the direction to turn and whether to accelerate. Since, the outputs were two, I chose two neurons for the output.

However, when I started training, I quickly realized two major issues. Since the distance to the immediate left and immediate right was not provided, the car tended to go very close to the wall during the turns. Further, since the network was not trained, the acceleration output tended to make the car oscillate at the place or it didn’t move at all.

To tackle the first issue, I modified the network to take the left and right distances also as the inputs. It now became something like this: 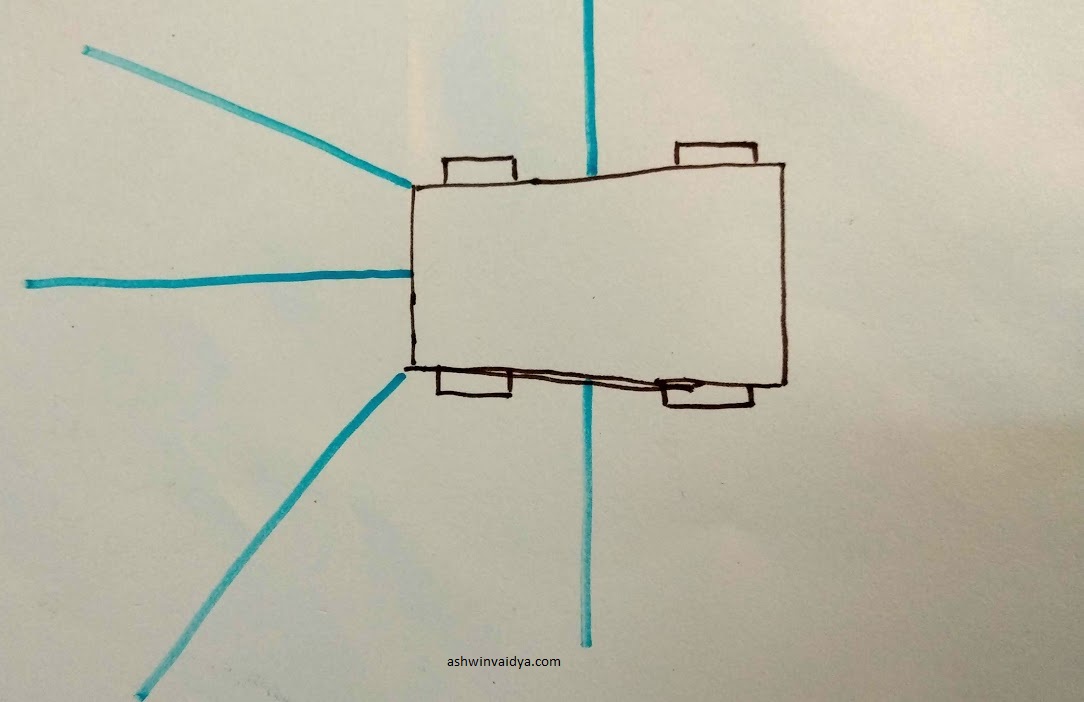 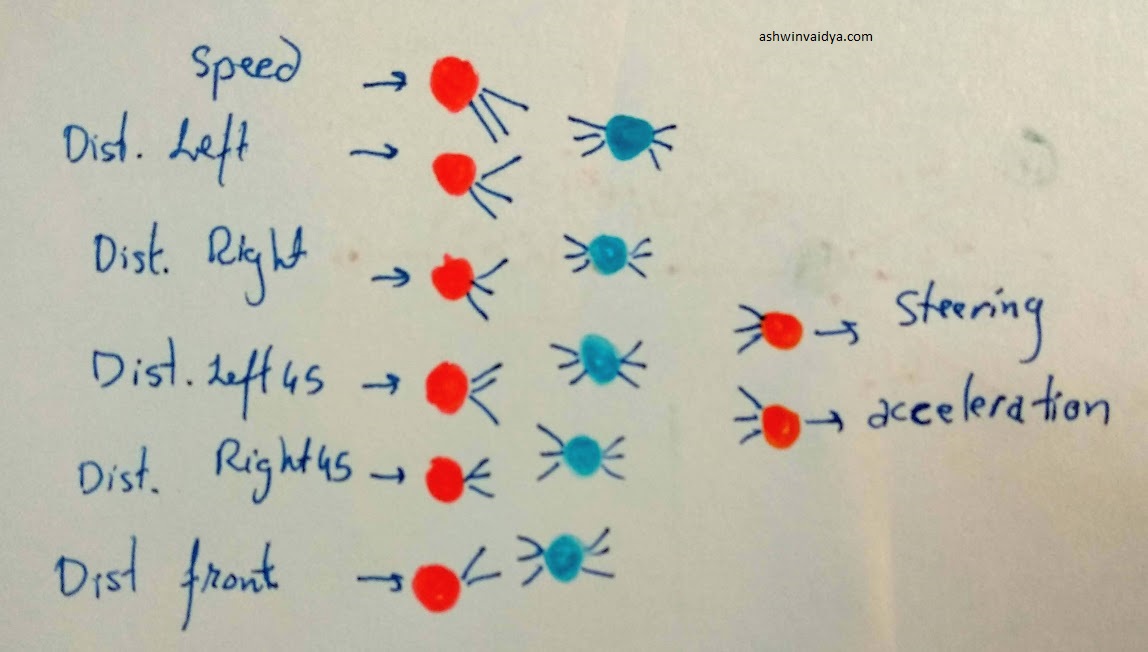 The neural network described above was initialized with random weights and biases. At this current state, it was not enough to make the car drive itself. To make it drive, I needed to train the network. Training is basically changing the weights so that the predicted output conforms to the task required. There are various methods to train the network. Being inspired from the first two videos, I choose to use genetic algorithm.

In order to learn how a genetic algorithm works and how to implement it, I came across this video.

I adapted the code to python. You can see it here. This gave me some confidence to tackle the project.

Here is a quick recap of how a genetic algorithm works:

With this in mind, I started with the population size of 10 children, each with randomly initialized weights. I attached each network one by one to the car and stored the furthest distance and the second furthest distance travelled. These two networks were then selected as the parents of the next population. Each time the car collided with the wall, the child is killed.

I took the weights and biases of both the parents and alternately assigned to each child. While assigning, I mutated it with 5% mutation rate.

Finally, at ~60th generation that car learnt to drive itself.