Yesterday, I was considering going for The Most Epic Action Movie Ever. Since it was an action movie, I was up right away. A quick search online revealed it having good ratings. That’s great! I called my friends, informed my plans and they jumped in. All boxes ticked, so I went.
The decision process can be visualized as below. 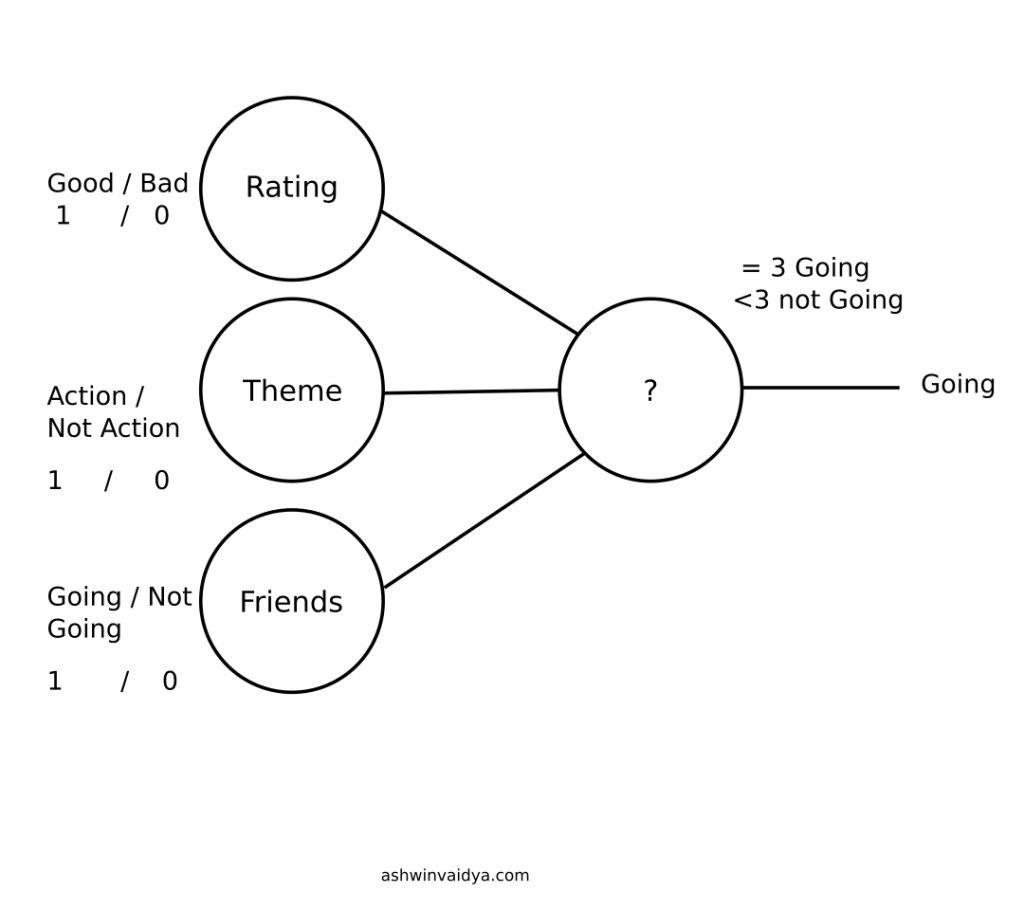 It is possible that I am ok with meeting just two of the criteria. In which case: 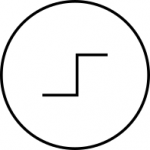 If I am limited by budget then, 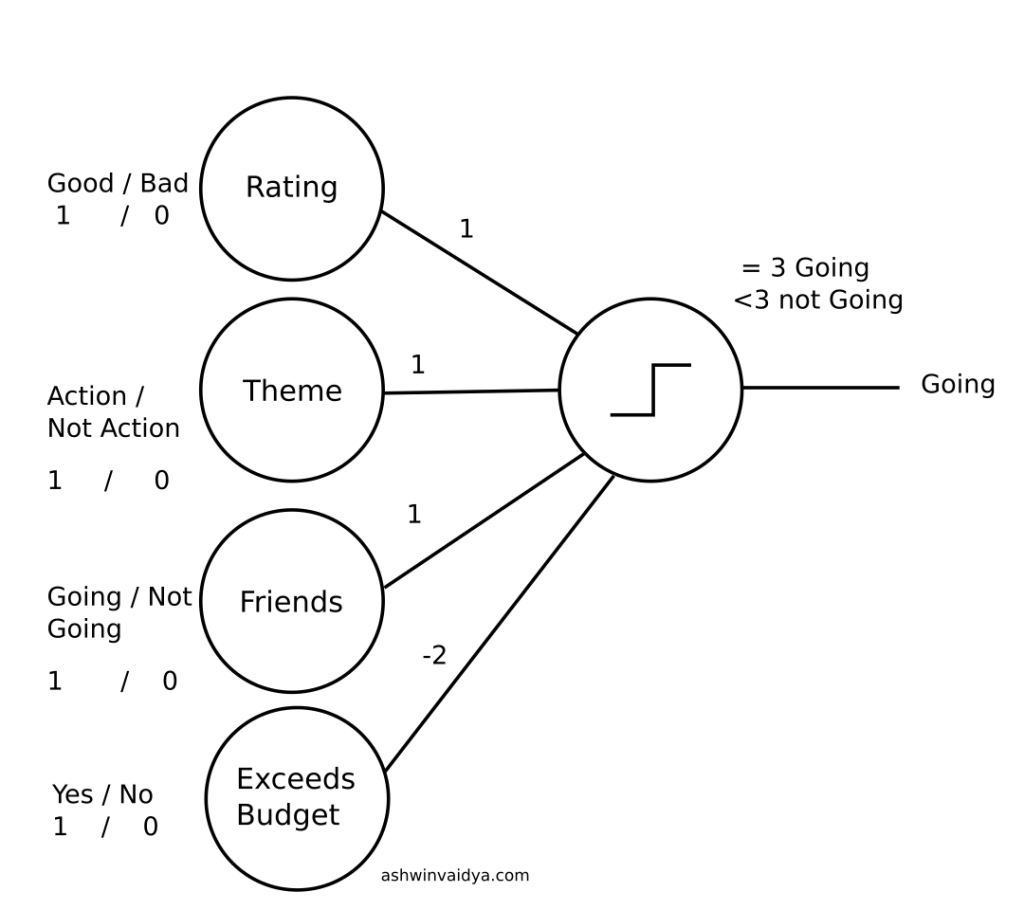 Here, I have introduced a penalty. Suppose the movie tickets do not fit my budget but all else holds true. I will calculate my points as:

Since 1 < 2 I will not be going for the movie.
These numbers on the edges between the nodes are called weights. So far I have covered weights and inputs. Let’s try to write this in a generalized form.

However, there is another term remaining called bias.
Bias is essentailly another input which is always on (set to 1). It is used to shift the activation threshold. 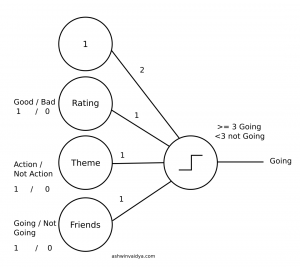 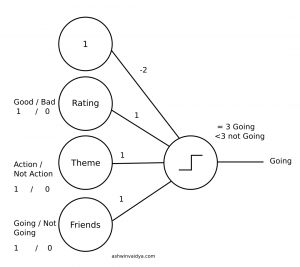 This can be interpreted as, if I am a movie buff I will go in any case. If however, I don’ like movies, I won’t go at all. Now, these are the examples of two extreme cases but the idea that bias shifts the threshold of activation is clearly illustrated.
The general function now becomes: 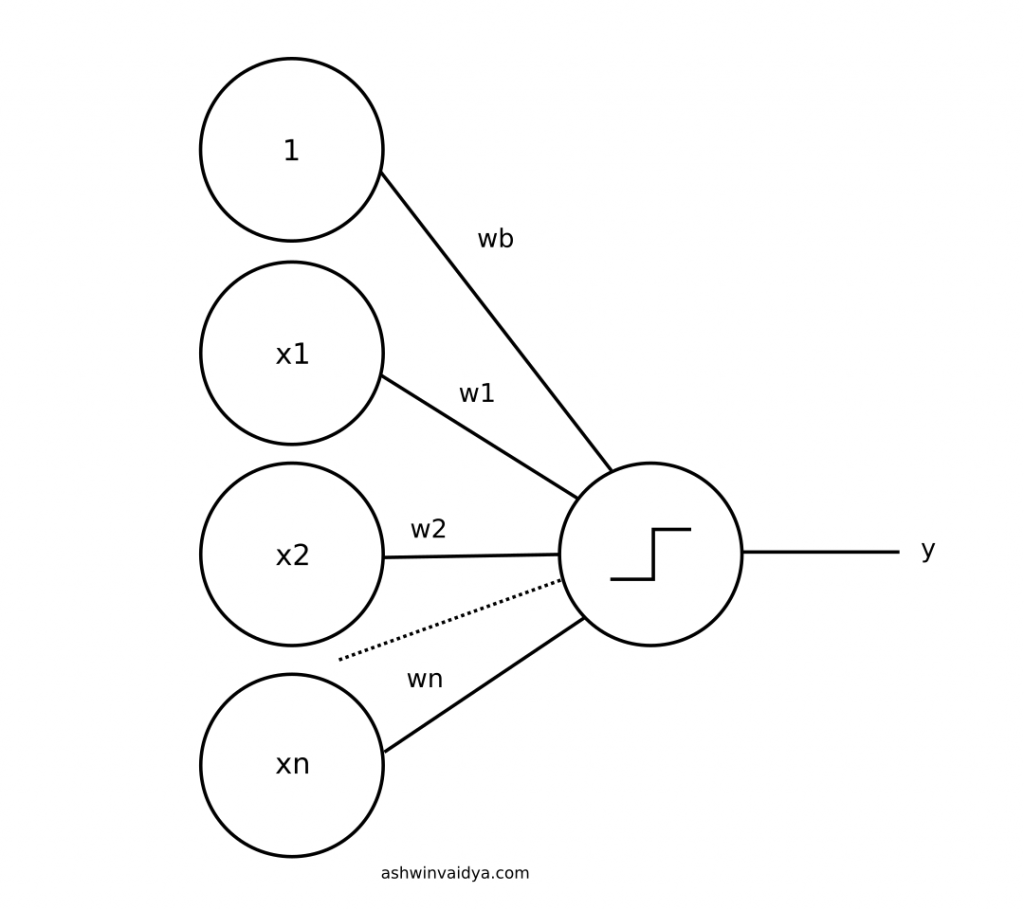 This is the general architecture of an artificial neuron. There are many different architectures of artificial neural networks such as RNNs, Feed-forward and Convolutional NN. Even different varieties of activation functions have’t been explored. And, concepts such as back-propagation, momentum and dropouts haven’t been touched. In the following posts, I am going to cover all these concepts.

If you would like to create a neural network from scratch, head here.

Hey! You have reached the end 😎. Thanks for reading

I would appreciate if you leave a comment below. Your suggestions will help me improve.